Why We Have It All Wrong: The Right Response to the Changing Nature of Diversity and Inclusion 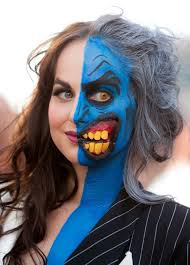 Here’s a woman who unknowingly set off a global Social Media firestorm on her way to vacation. I use the term “unknowingly” because she has made several inappropriate comments in the past, but had no idea that tweeting, “Going to Africa. Hope I don’t get AIDS. Just kidding. I’m white!” would receive such widespread ridicule and condemnation. You may be wondering, “What’s the big deal?” People make absurd comments every day.

I think the big deal boils down to three points:  (1) When you correctly define the words diversity, inclusion and cultural competence, Ms. Sacco understands diversity. After all, she is a global traveler and was vacationing in South Africa. More importantly, she clearly grasps the concept of White privilege. This is why D&I is very different today. In the 1960’s, White women were predominantly sympathetic to diverse individuals because they were disenfranchised too. Fast forward fifty years. Because White women were the primary beneficiaries of Affirmative Action, they are not in the same boat as other diverse groups. Consider demographic data in education, procurement, and the workplace. Or look at the fact that in 2013 there were 22 female CEO’s of Fortune 500 companies, as opposed to 6 black, 8 Latino and 8 Asian Fortune 500 CEO’s. Furthermore, new U.S. census data shows that White women earn $0.77 cents for every dollar White males earn, compared to Black women who earn $0.66 with similar education and experience.

Don’t get me wrong, all of us still have a lot of progress to make and there’s nothing wrong with privilege– if you use it right. But we are seeing that many of those who are aware of their privileges haven’t been using it for the greater good. This brings me to my second point: (2) Racism, bias, and discrimination are no longer about “hate”. It boils down to competition. That is why we keep arguing about “who’s better”, “who’s smarter”, and “who’s more valuable”. We are all competing for limited resources: fewer higher income jobs, fewer affordable housing options, fewer spots at top-tier educational institutions, fewer small business contracts, etc.

So this means that today, competition is a key driver in discriminatory and biased behavior.  I assert however, that our understanding of competition is flawed. First, too many organizations are rewarding internal competitors. Then they can’t figure out why no one is working together. Second, people waste a ton of negative energy sizing up the ‘weaknesses’ of their opponents. Thus, instead of developing or helping one another, people in the workplace and in classrooms are merely looking for mistakes that can eliminate the competition.

How can we adjust our organizational focal point in 2014? Great question! My line of reasoning emphasizes: (3) This awkward situation is an incredible teaching moment.  For Ms. Sacco, I hope she learns to tone it down a bit. If your organization chooses to employ this incredibly talented female, she’s not a racist. She’s more of a shock jock who can thrive with the right amount of accountability. For IAC, they learned that they should have responded to Ms. Sacco’s antics a little sooner. She was so cute and funny however, they let it go…wrong. Senior level executives must be as responsible with diversity and inclusion as lower level employees.

For D&I practitioners, the lesson is that a diverse person can fool you. Yes, she was a woman, and fairly young, and had a wealth of global experience, but the reality is that her behavior was consistently inappropriate and at times, mean-spirited. Is it indicative of the entire management team? Is it symptomatic of the organizational climate? Or is it symbolic of a generational culture? I don’t have the answers to that. Going back to point #1, you can’t look at someone who gets ‘diversity’ and ascertain whether they are culturally competent or inclusive. Hence, our need to include and engage White guys, as well as individuals from other countries.

After the Sacco debacle, global advocates for AIDS relief in Africa got it right. They pounced on an opportunity to provide more education and garner more financial support.  Likewise, how can you take proactive action during this teaching moment? Or will you wait until someone else gets it wrong?